It is a hard thing to teach a child the value of money. It is something that gets taught not in one day, nor with one scenario, but rather with multiple experiences and opportunities to learn. How do you communicate the value of money to a 4 year old who cannot yet fully grasp that if you spend money on one item, that money can no longer be spent on something else?

This week, Evie's kinder class received their school photos. Now, I have always felt that these companies who come into school and take photos of the kids (some of which are pretty good, some so-so and some just downright horrible) charge an outrageous amount as they bank on the fact that most parents want a keepsake of their child's school photos, horrible image or not.

So last year, I decided to make each of my children a school photo album. Each year, we would choose 1-2 photos from the "professional" photography session and place it in the album, complete with decorative paper or whatever else each of the kids wished to add to stamp their personal mark. This year however, Evie really really wanted me to purchase all the school photos, together with the tacky blue plastic album that the photos were "presented" in, for which I would have had the privilege of paying over $80.

After trying fruitlessly to remind Evie that she could only choose a couple of photos as the whole album is expensive and not necessary, I left a very sulky and unhappy four year old in the embrace of her kindergraten teacher Lindsay. Upon arriving in the afternoon for school pick up, I found that someone had removed the little girl with the big pout that I had dropped off, and instead replaced her with a bouncy ball of delight as she came running up to me to show me her own special photo album.

You see, whereas I was unsuccessfully harping on with my "money doesn't grow on trees" message that clearly did not win it with a 4 year old, Evie's teacher, who has the insight and compassion to relate so well to a 4-year old, took a different approach. She suggested to Evie that they work together to create her own photo album. And so they did…. 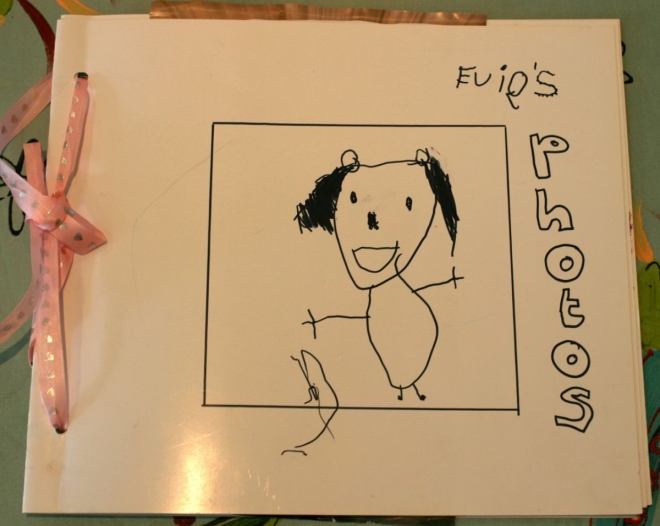 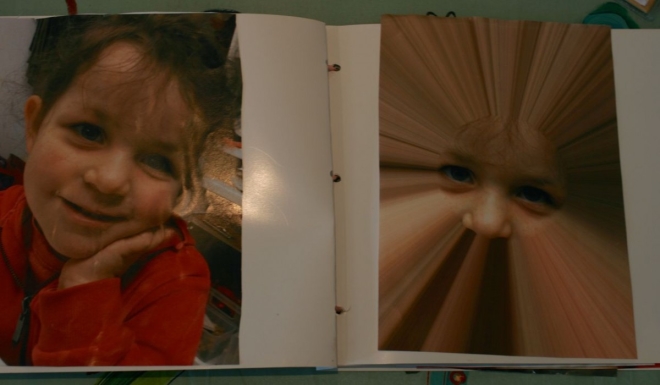 …there was even an x-ray drawing included in the album…. 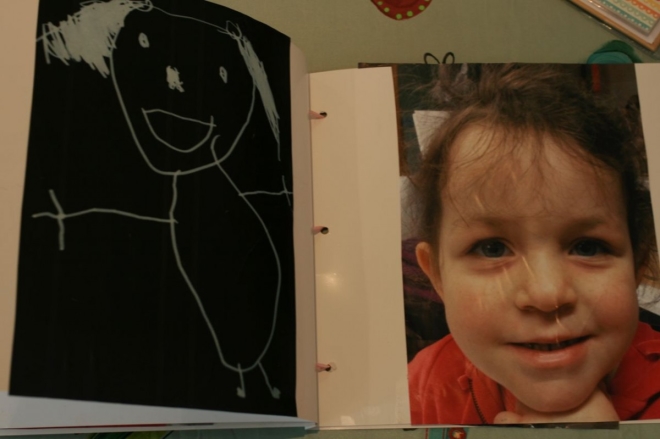 …and some artistic work….. 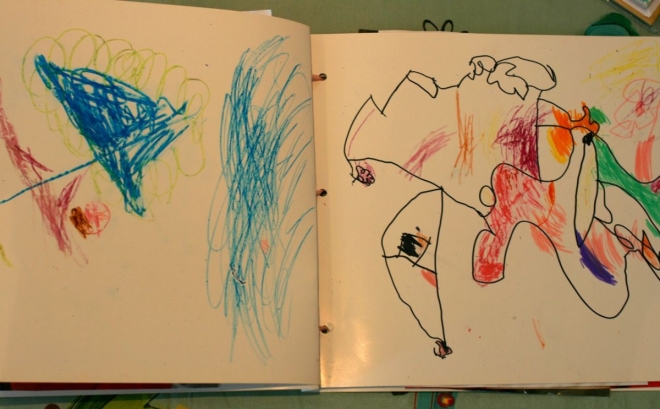 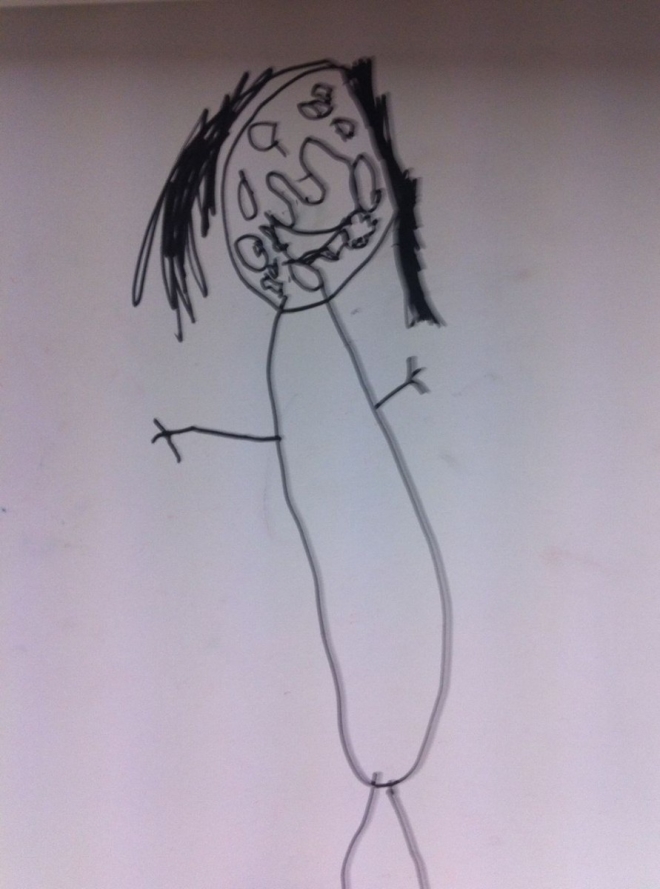 This personalised photo album now has pride of place in Evie's school photo album. And the best part of all…..the remaining official school photos and the tacky blue plastic album have been totally forgotten!