In past centuries, when the first pinhole cameras was invented, photographer’s were able to hide themselves behind a giant box of a camera covered by a black cloth of sorts to keep out interfering light. Modern day SLR’s, whilst much smaller and more technical, allow you to view the world and images through your lens with a different set of eyes, and to almost hide from your subjects, similar to the olden days.

This week, my third child camera has been in for a service and I do admit that I feel like a limb is missing at times. I had to resort to taking photos with my iPhone, which whilst it has many merits and is more handy in some situations compared to a SLR, not only the quality and ability to adjust exposure, shutter speed and metering is diminished, but also the ability to hide behind your lens and see the world in a different way.

I did not want to stop the momentum of my 52 project, so here are this week’s portraits….albeit not what I feel is my best photo collection of my kiddies. 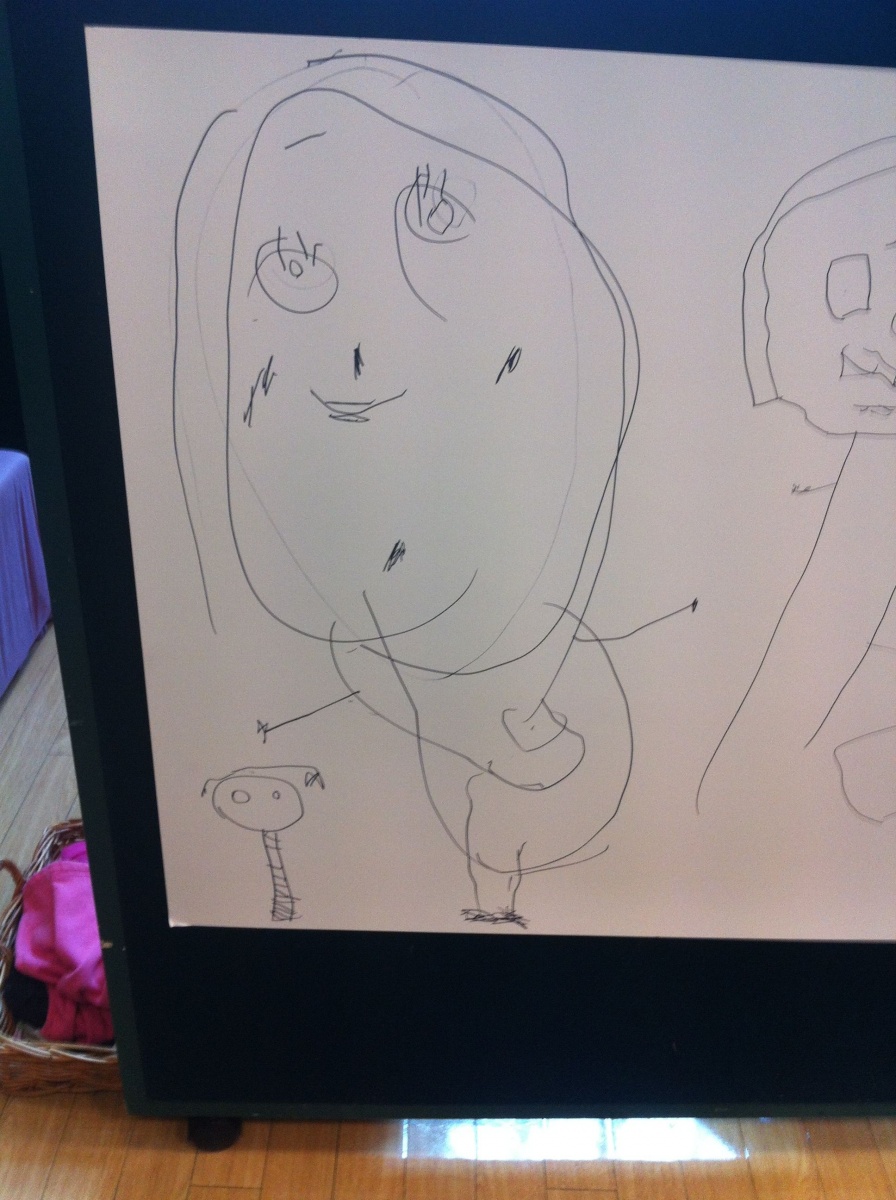 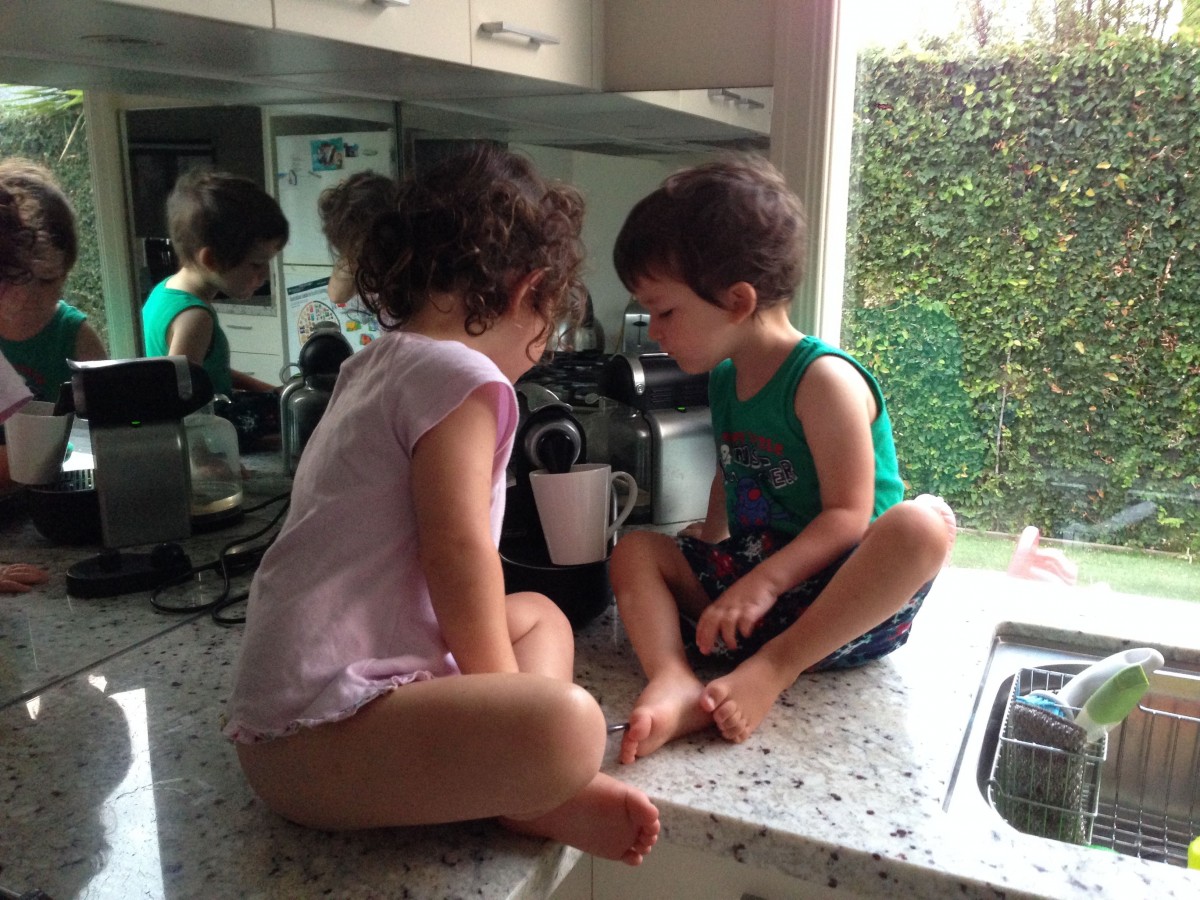 Evie: This week’s portrait is one that she drew at kinder (self-titled “girl and boy”). It is fascinating to watch the progression of her stick figure people as they develop with more detail in each drawing.

Jake: He insisted on wearing a ponytail just like his big sister. And it had to be tied with a pink hair elastic.

Together: My husband and I need our early morning coffee fix as soon as we wake up the kids wake us. Jake and Evie love to help with the prepraration and big debates are held over who inserts the coffee pod and who gets to froth the milk.