You remind me of your great grandfather

Your great Grandfather Barney was an absolute “salt of the earth” soul. You are too young at the moment to know what this means, but it is someone who is genuine, kind, thoughtful and puts others before themselves.

A few days ago, on the way to school, you offered to read this book to Jake. It is called “Harrison’s song” and you and Jake recently had the pleasure of having the author come to your school to share his story (he was a stutterer as a child and was teased and he overcame his fear and became a well known singer who won a significant singing competition).

When I turned my head and saw you like this, reading the book upside down so that Jake could see it the right way round, I knew, like I have known so many times before, that you are your grandfather’s soul.

When I became pregnant with you, I called Barney in South Africa to tell him I was pregnant and the very next day he died. It was as if he was waiting for you to be formed so that he could pass on his soul to you. Your Hebrew name Dova is the female equivalent for bear and Barney’s Hebrew name was Berel, which means “bold as a bear”. You were given your Hebrew name in shul and as a young baby, there were many moments in the still of the middle of the night when I was feeding you, that I felt Grandpa Barney right there with us.

When I turned my head in the car and saw this, your great grandfather was once again right there with you. 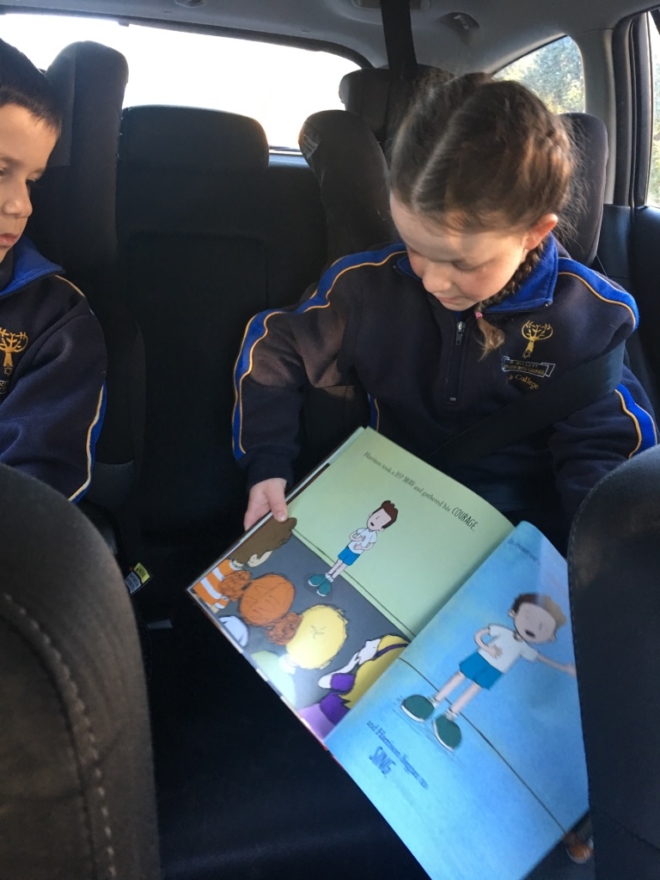